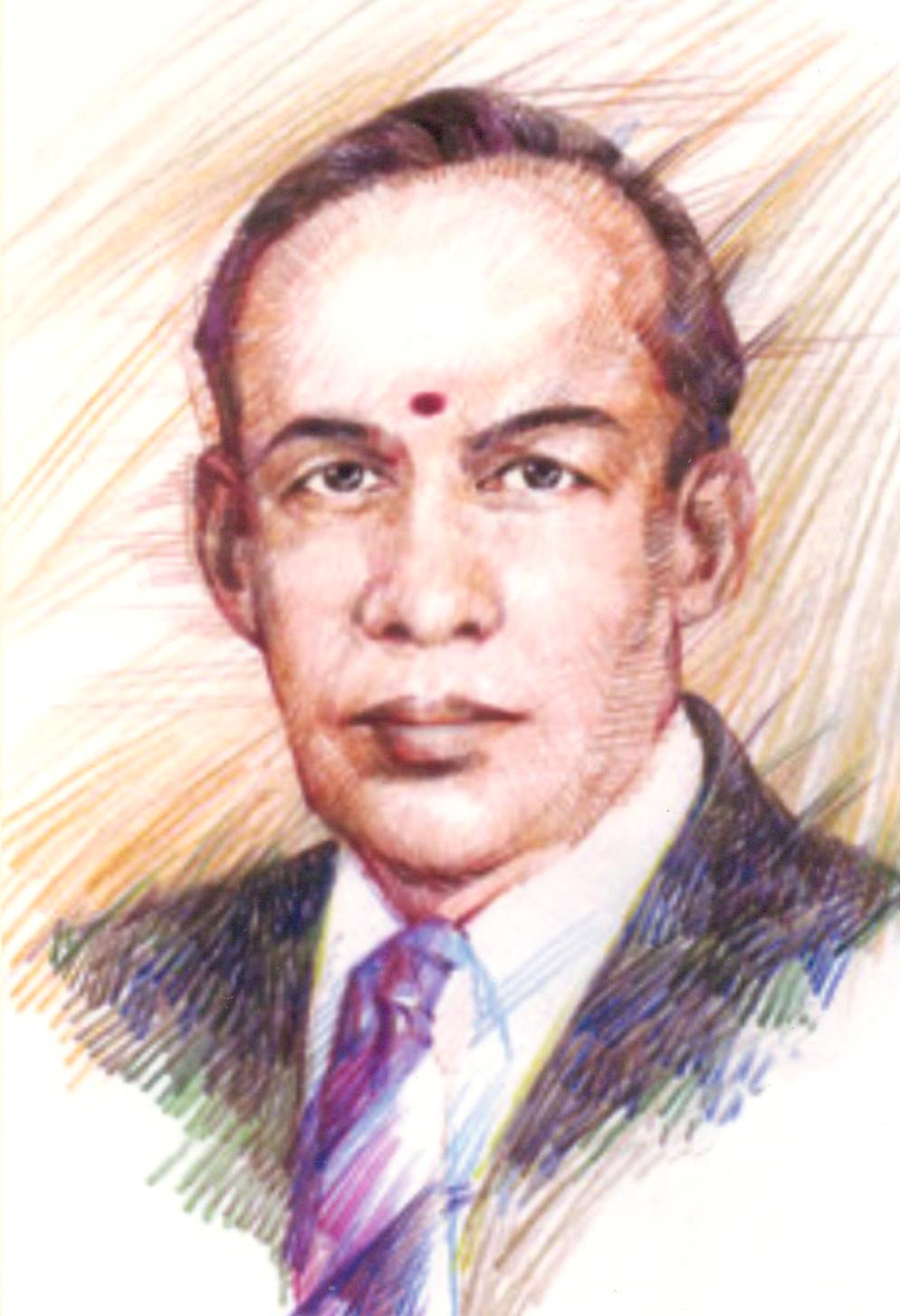 Dr. RM. Alagappa Chettiar harbored a firm conviction that education is an absolute must for a human being to become productive, wholesome and humane. As a successful business entrepreneur, who was knighted by the British Government in 1945 at a young age of 37 he practiced then, what the Harvard Business School preaches today – diversification of business portfolios with rubber plantations in Malaya, Tin mines in Burma, Textile Mills in Kerala, Insurance companies in Calcutta, Hotels in Bombay, Theatres in Madras, a flourishing stock broking company in Bombay and a private airline and has been referred to as the unsung business maharajah of South India in the thirties and forties. His business interests were however short lived as he changed his focus to education With India gaining independence in 1947 there was a pressing need all over the country to establish infrastructure for higher education.

At the Dr. Annie Besant centenary celebrations in Madras he answered the call for industrialists to help educate India by spontaneously offering to start an Arts College in Karaikudi. His generous donations led to the establishment of a string of educational institutions that included the Alagappa College of Technology in Madras, Alagappa Arts College, the Alagappa Teacher’s College, the Physical Education College, the Alagappa Polytechnic and the Alagappa Engineering College in Karaikudi and schools from Primary to Matriculation. To bring prominence to the educational institutions he had the vision to convince Prime Minister Nehru to house one of the Government’s National Research Institutes in the heart of the Alagappa campus.
As Dr. Radhakrishnan, the Vice President of India, surmised at the opening of the Central Electro Chemical Research Institute (CECRI) on 14 Jan 1953 “The magnificent gift of 300 acres of land and fifteen lakhs of rupees by Dr. Alagappa Chettiar helped the Government of India to select Karaikudi as the seat of Electro Chemical Research Institute. Being a businessman himself, Dr. Alagappa Chettiar is aware of the industrial possibilities of our country and the need for scientific, technical and technological education. In his lifetime he has built a monument for himself, you have only to look around to have an idea.” Within a span of two decades, he demonstrated his versatility as a successful business tycoon, an intrepid Academician with a vision to change the mere scrub jungle of 1000 acres in Karaikudi into an impressive galaxy of educational institutions.
His life story is an inspiration to millions in South India, as he brought primary, secondary, tertiary and professional education to the doorstep of the community in Tamil Nadu. Being a patriot to the core he actively worked with Mahatma Gandhi in supporting the Satyagraha movement and helped the Government of India by lending his fleet of Aircrafts from his own Jupiter Airways for lifting troops during Hyderabad’s integration. Summarizing his contributions, Sir C. Rajagopalachari aptly summed up his life stating, “Dr. Alagappa Chettiar has given away freely. Students should develop that quality namely giving money earned for charity. Here is a book of life and students can learn from him how one can give to a good cause, cultivate courage and emulate the spirit of Dr. Alagappa Chettiar”.